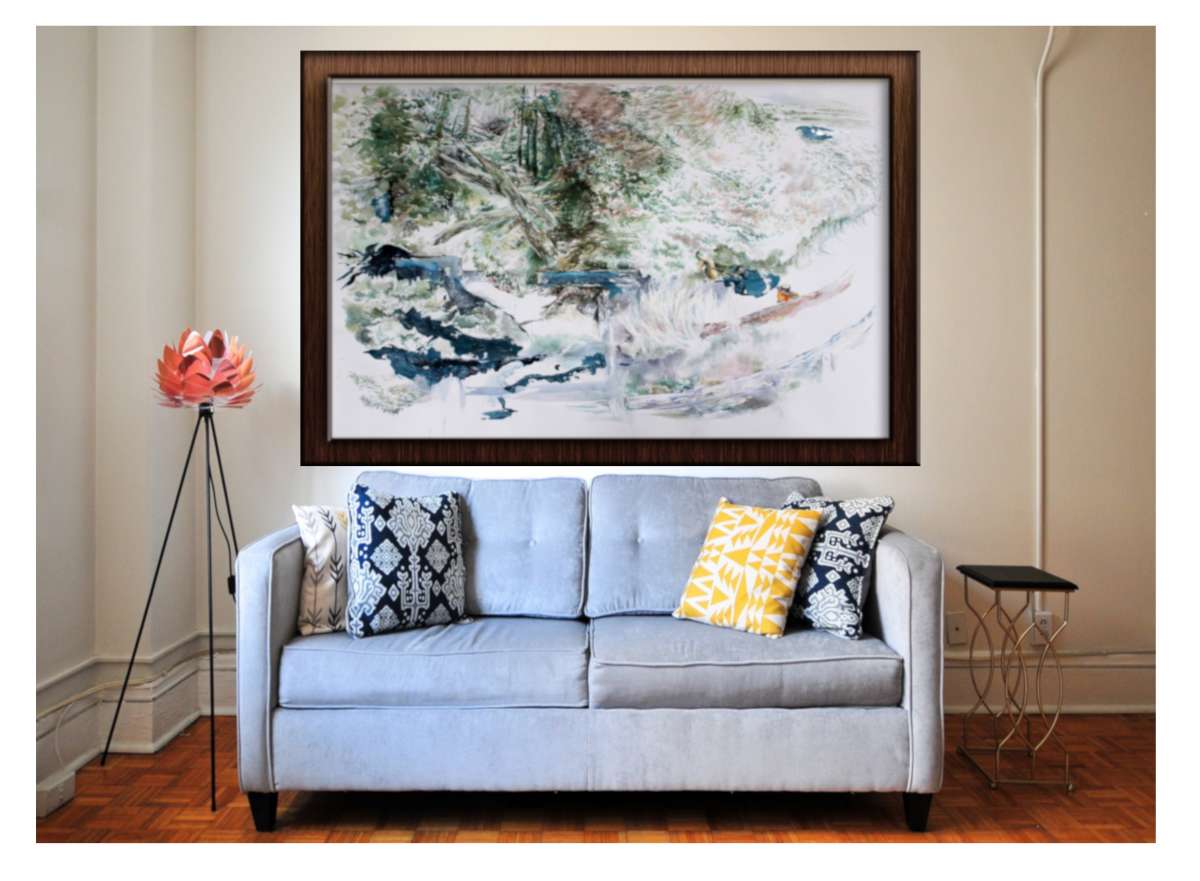 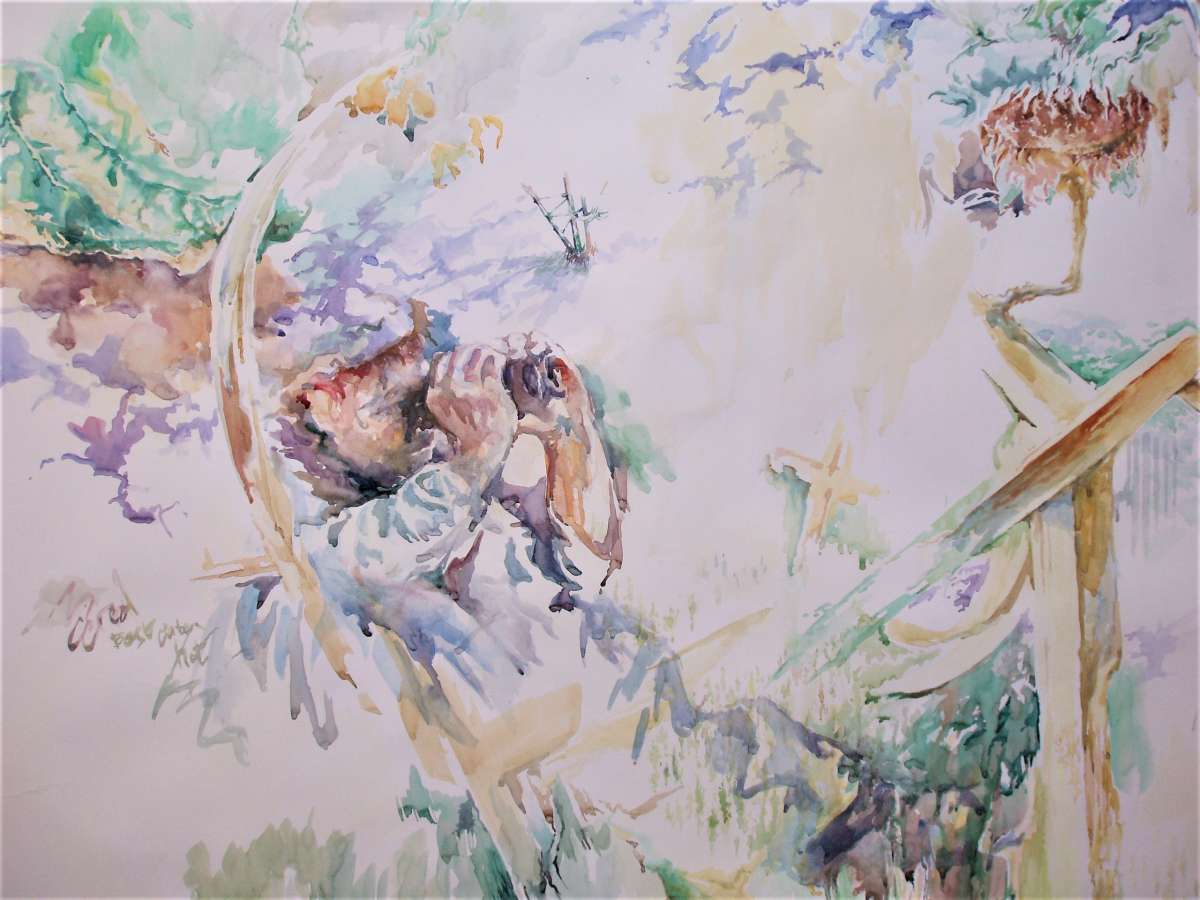 An enduring preoccupation with the romantic, pastoral scene (questioning what it is that constitutes this), predominantly using watercolour on paper, and also mixed media.

‘Gate’    Mixed media on paper. 186cm’s by 150cm’s. Unframed.  This painting and the ones below are from a series of large works on paper that were developed as a response to the idea of particular types of landscape combined with our perceptions and notions of the particular landscapes. I was looking specifically at how we view the romantic and the sublime, next to the reality of a kind of semi-industrial ‘wasteland’ that can often be stumbled upon within the U.K and other countries. 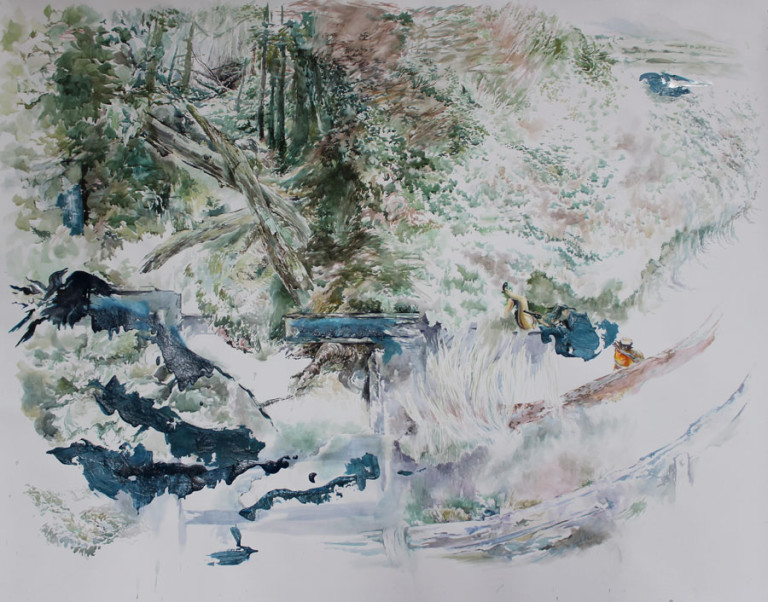 Embankment. 185cm’s by 155cm’s. Mixed media on paper. These large works on paper (and others) appear as if dream-like, in that we catch fragments of scenes and piece the whole thing together in our own way. The absurd interventions come from a variety of drawings and cinema references and are arranged aleatorically, or in a way that seems pleasing, pictorially. They are also painted with a strong sense of space and appreciation of the white of the surface. These paintings contain a colliding of the mundane with the absurd or fantastical.

This series of paintings was begun within a studio space in the world’s first passenger railway station, overlooking the tracks at Edge Hill in Liverpool.

I produced around 8 large works on paper during the residency itself, 5-6 of which, having been produced from about the halfway mark of the residency, having a stronger sense of cohesiveness. 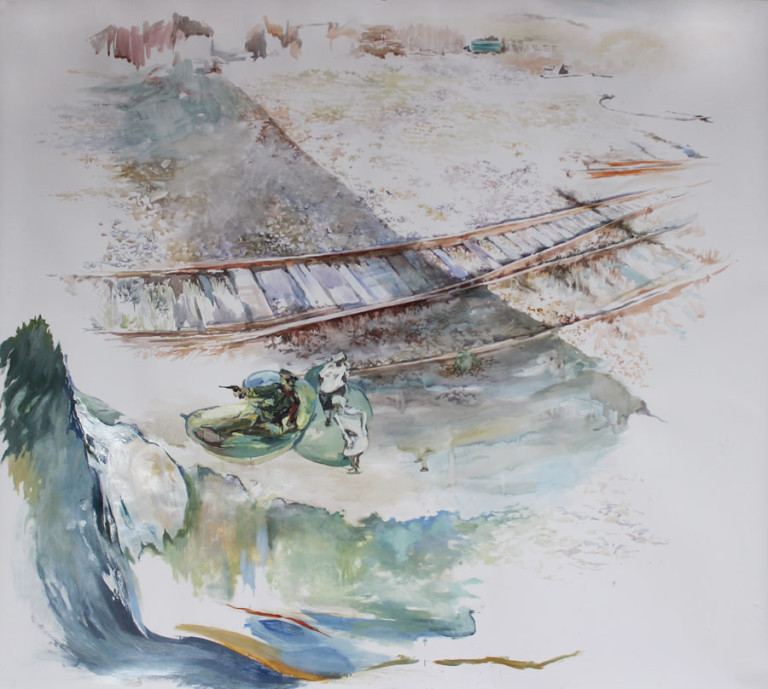